In 1985, the 1951 Chevrolet Deluxe two-door car was used in the movie Hoosiers as Gene-Hackman's car. 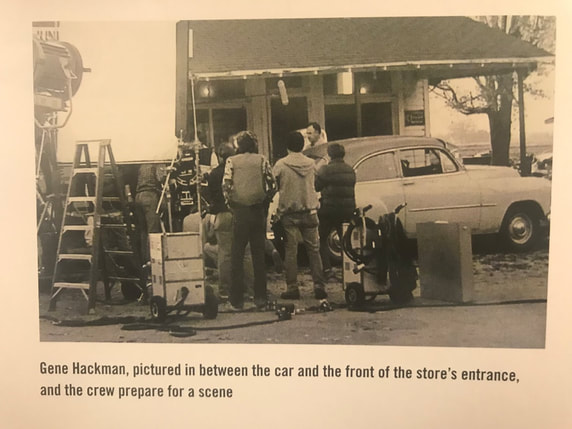 During the filming of the final scenes of the movie Hoosiers at Hinkle Fieldhouse on the campus of Butler University in Indianapolis, the Hemdale Film Corporation gave away some prizes including the Gene Hackman Car.
Mrs. Barbara had the winning ticket for the car.

In 2000, Bob Brown ran an ad in the G&D to see if anyone knew what happened to the car from the movie. VCCA member Eleanor Hickman provided him with Barbara's address. Barbara still had the car, but was planning on giving the car to her son.
​

6 months later, Barbara offered to sell the car to Bob Brown, he accepted the offer and had the car trailered from Indianapolis to Long Beach, CA, where it has been for the last 17 years until recently. 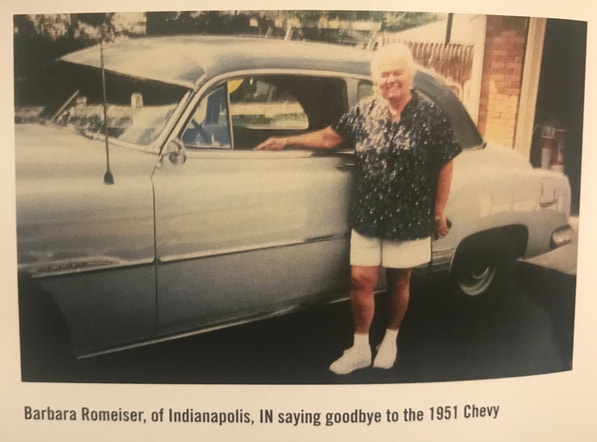 Today the Gene Hackman Car is in Indiana and will be participating in Hoosier Gym Events.

​From 1939 until 1949, the Hickory bus was used as a school bus in Lebanon and Indianapolis, Indiana. The plaques are still on the dashboard today.
In 1949, Jack Baker found the bus in a Mace junkyard, he put the current Wayne body in it and from 1949 until 1985 the Baker family used it as an RV. 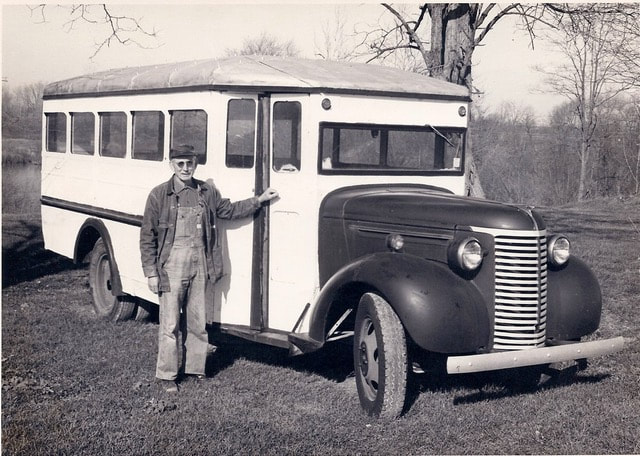 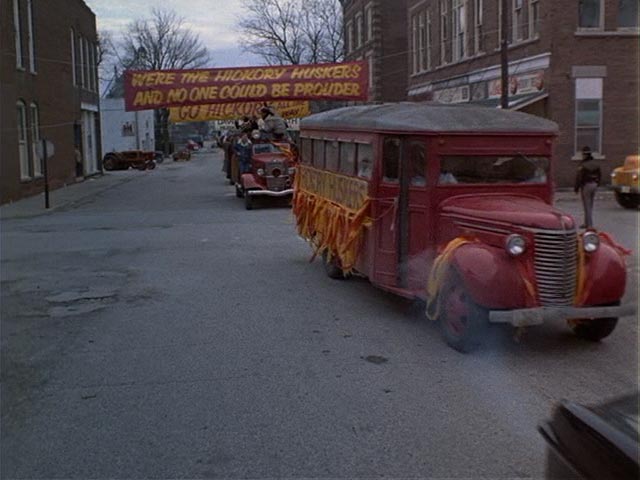 In 1986, Jack Baker sold the bus to friend Charlie and Helen Bronaugh of New Ross, Indiana. Charlie used the bus in the State Fair and in some parades, but after he passed away the bus sat mostly outside and quickly deteriorated.
​
In September 1996, Darryll Baker went to see Helen Bronaugh to buy back the bus. Helen said she could not sell it because she had already promised it to either the coach of the Milan team or the Indiana Basketball Hall of Fame. Darryll understood and asked if his grandfather could see it one last time. When Helen saw Jack smiling and sitting in the driver's seat, she agreed to let Darryll buy it. 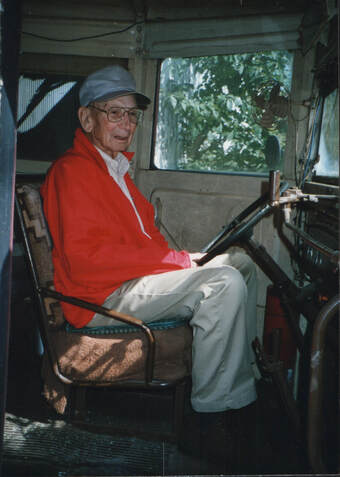 Darryll's grandfather, Jack, sitting in the bus.
From 1996 through 2000, the bus was under restoration in Indiana.  First, Terry Nichols of Russelville, Indiana, worked on the wiring, windows, initial engine work, and lights.  Then Dale Roll of English, Indiana, did all the challenging body work and continued improving the engine. Darryll Bakers says that he, and the bus, owe a large debt to these two men who helped get the bus back in roadworthy shape. 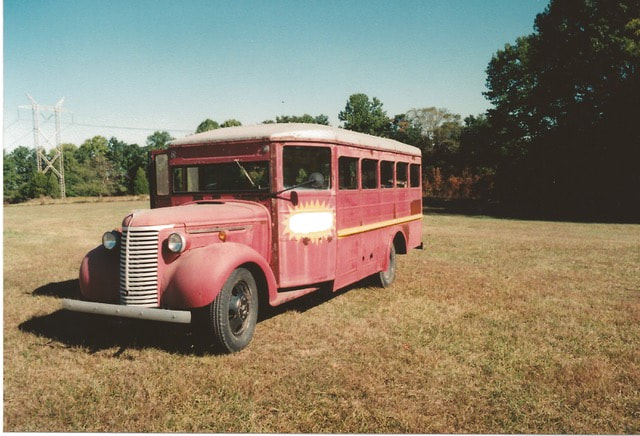 Today, the bus participates in car shows and parades.
​This year, 2021, it will be participating in events for the Hoosier Gym's celebration.
https://thepaper24-7.com/Content/News/Local-News/Article/A-bus-of-many-colors/23/22/54067

The Hickory Husker bus is a Cline & Hicks School Bus.
For more information about the manufacturer click here: http://www.coachbuilt.com/bui/h/hicks/hicks.htm