​Both the Hickory Husker Bus and Gene Hackman Car were at

Thank you for another great year!

Both the Hickory Team Bus and Gene Hackman's '51 Chevy were at The Indiana State Fair August 17th. 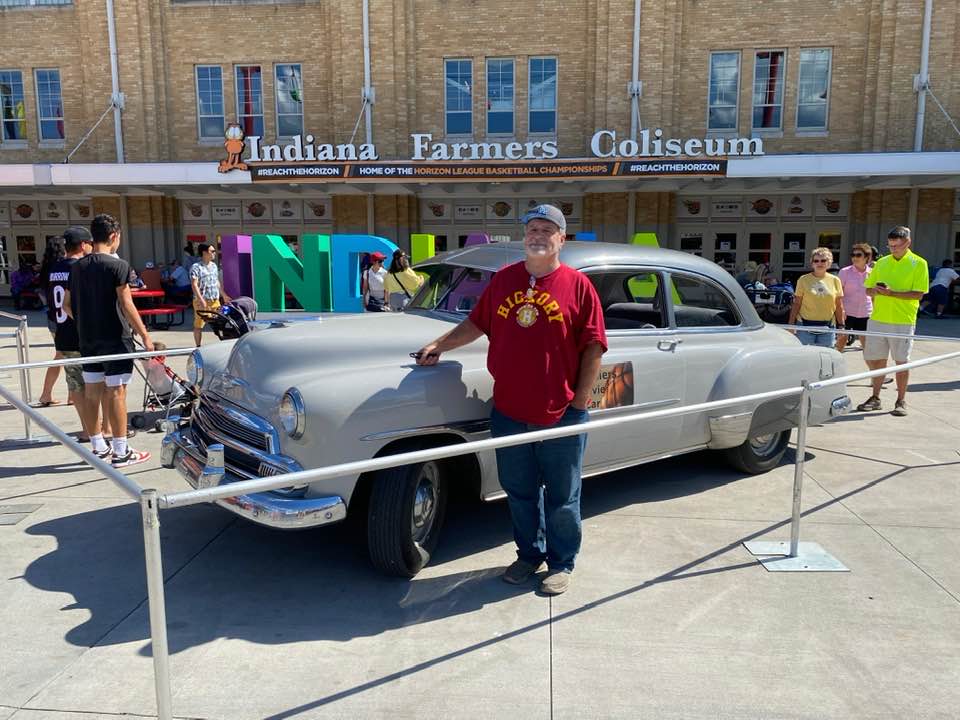 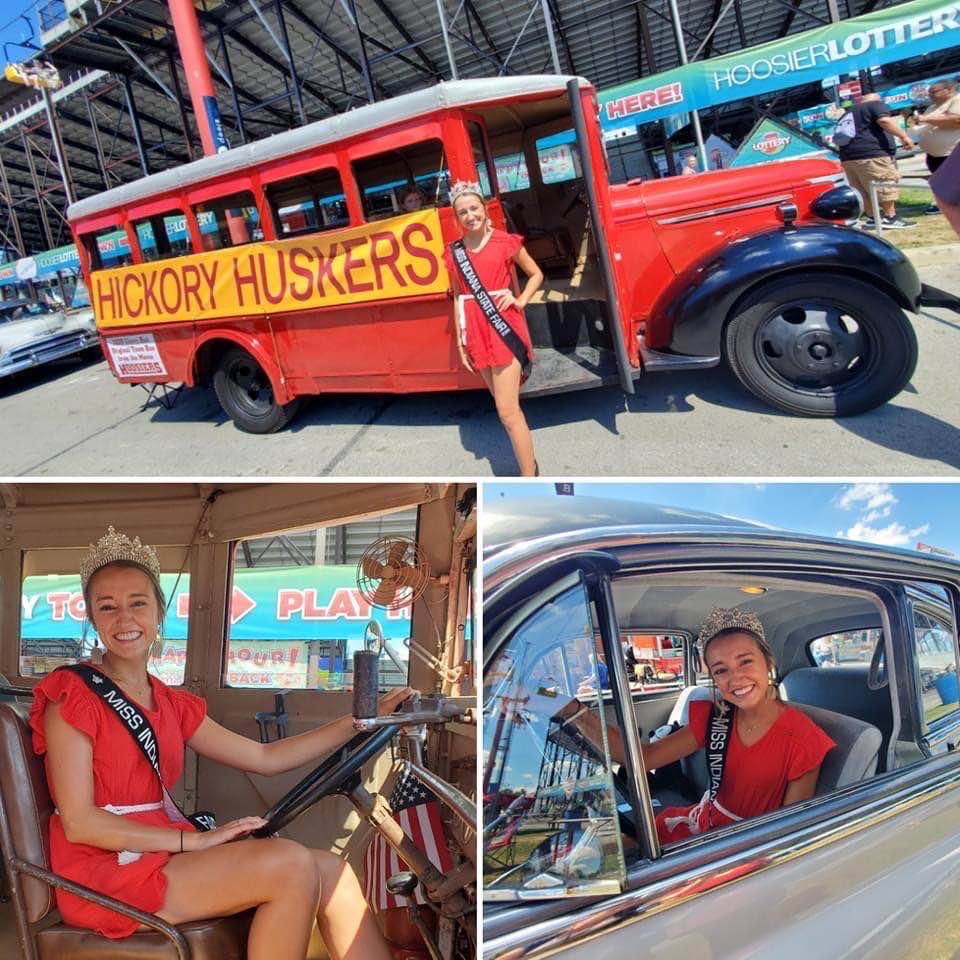 The Hickory Bus was welcomed back to Indiana with a police, fire, and emergency vehicle escort to the Hoosier Gym, on Saturday, March 13th, 2021. An enthusiastic crowd met the Bus and learned about its history. The crowd was able to take photos and even climb aboard.

The Hickory Bus and the Gene Hackman Car will be a regular display at
​Hoosier Gym Events.

To know if the Bus and the Car will be at the Gym on the day you are visiting check the Gym's social media.
Instagram: @hoosiergym
Twitter: @thehoosiergym
Facebook: facebook.com/thehoosiergym

"After nearly a quarter century I'm thrilled that the Hickory Team Bus is coming back to Indiana.  It has been an amazing journey, and labor of love, since we began restoring it in 1996.   I'm looking forward to  partnering with the Hoosier Gym to support Indiana basketball at all levels, Hoosier sports across the board, and a variety of charity events and festivals around the state.   I hope everyone has a chance to see the bus, and enjoy the family and movie stories of this most recent addition to the rich history of Indiana basketball."
- Darryll Baker, ​Owner of the Hickory Husker Bus 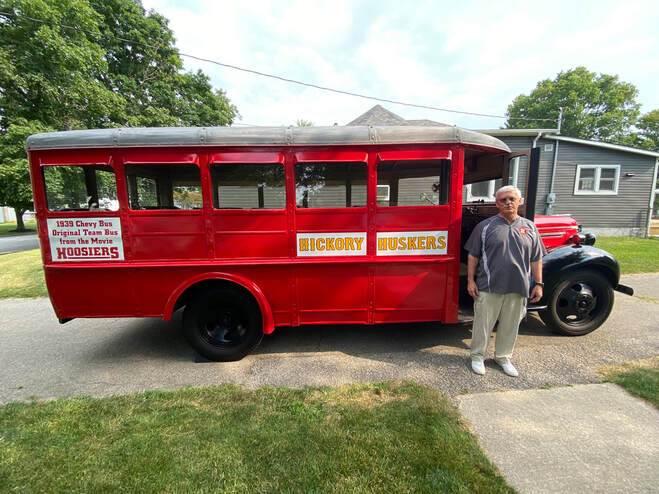 Famous for appearing in the movie, Hoosiers, this bus has been beloved by many. It returned home to Knightstown recently and is owned by Darryll and Kathy Baker of Greenfield Indiana. The bus has participated in many different events from  parades for the Indy 500 to the Pacers and now it will be part of the Hoosier Gym events in the future.

The 1951 Chevrolet Deluxe two-door car was used by the academy-award winning actor Gene Hackman in the movie Hoosiers. It can be seen in the four-minute opening credits of the movie: youtu.be/r74qegjbF28

It has returned home to Indiana and is owned by Bob and Jan Brown of Seal Beach California and Greenfield Indiana. The car is often parked at the gym on special event days or it may randomly show up on a sunny Indiana day.